Local Authorities in support to the UN Binding Treaty

Why do we need a Treaty? More information on “Cities for Human Rights”

June 2014 marked a historical milestone in returning the regulation of Transnational Corporations (TNCs) onto the international agenda. The UN Human Rights Council established an Open Ended Inter-governmental Working Group (OEIGWG) for the development of a legally binding treaty on TNCs and other business enterprises with respect to human rights. The goal was to put an end to the global loopholes in international human rights law and ensure that corporations are made legally accountable for human rights violations and environmental crimes. Going beyond current voluntary frameworks of social corporate responsibility represents a key stepping stone to making the global economy fit for people’s and communities rights and wellbeing, and to stop corporate impunity.

To support the continuation of negotiations on this new instrument at the United Nations, we the undersigned, as worldwide local authorities:

Therefore we urge states, and regional organisations, to actively pursue engagement in this UN process and to work towards an effective and legally binding international instrument on TNCs and other business enterprises with respect to human rights, in order to ensure that people’s dignity, as enshrined by universal political, economic, social and cultural rights, is prioritised and guaranteed worldwide over private profits, and to ensure the protection of our planet. 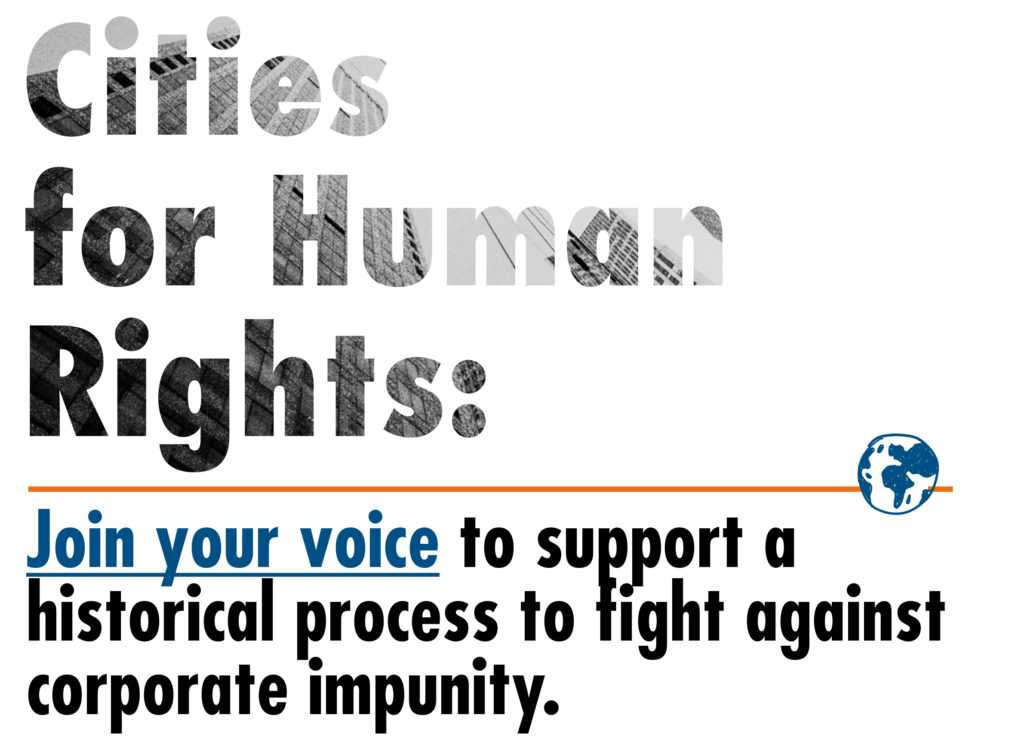