14:20-16:00 – TNCs impunity and the need for an international legally binding instrument to curb it

Panel moderated by Fathi Chamkhi – Member of the Parliament of Tunisia, Front Populaire 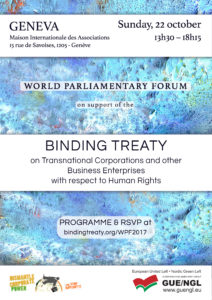